Thank you so much to This Is My Bookshelf Blog for nominating me for The Liebster Award! Although I know that “liebster” means beloved/dearest/sweetest in German, this is the first time I’ve heard of this blogger award so I had to do some Googling (๑꒪▿꒪);. The gist of what I’ve found is that this award is one meant to give recognition to new bloggers by other bloggers—an idea that sounds lovely to me!

*There are additional rules that I’ve found but since they’re things that many of us already do when we participate in tags like this, I won’t include them.

THE QUESTIONS AND MY ANSWERS

The last book I rated five stars is Les Misérables and that was on January this year. My reading process (that’s not required for university) is slow right now so I’ve not read any possible five-star reads yet.

Super tough question, urk…But, uhhh…The only one that pops in my mind right now is Gwenpool (ya know, the fan-girl-knows-almost-everything-part?). Though, she isn’t the most like me either since I definitely care when one of my favorite characters die—going to be brought back to life in the future or not—and I’m not as irresponsible as her. I’d say she needs to takes things more seriously in the comic book world, but then that wouldn’t make her her anymore.

3. What book would you most like to see adapted for TV or film?

I’m rather apprehensive about book-to-screen adaptations, since a lot can go wrong or get removed and things can be added and such but I guess it’d be nice to see The Ocean At The End Of The Lane on screen. I know that there had been news that it will be adapted into a movie, but that news stayed in 2013 and never made it to the later years?

4. And who would cast in the lead role?

Logan Lerman! I’ve always pictured the main character appearing like Lerman’s Charlie in The Perks of Being a Wallflower.

5. Who are your auto-read authors?

6. What trope or trend are you fed up of seeing in books/publishing?

Almost every YA trope, but the number one most irritating one is the Special Snowflake trope. If there are legitimate reasons to why this YA heroine is a special, okay. But, if she’s useless, can’t do anything on her on, can’t even think logically but somehow is still special and all that jazz—just no.

7. And what trope or trend can’t you get enough of?

The One Who Has Everything But Nothing At The Same Time.

8. What was your favourite book as a child? 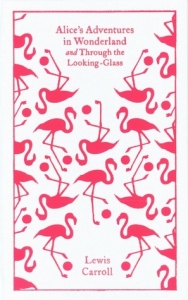 I was obsessed with everything Alice’s Adventures in Wonderland as a kid.

9. Where would you most like to travel to in the world (no restrictions)?

10. Do you collect anything?

11. And finally, what are the best TV shows you’ve watched recently?

MY QUESTIONS FOR YOU:

1. What’s the worst book you’ve ever read?
2. Are there book genres you steer clear from?
3. Do you prefer reading in silence, or not?
4. If you could be any creature from the Potterworld, which would you be?
5. You’re going to be the next major superhero/supervillain in a comic book series, what’s your superhero/supervillain name?
6. If you could live in a fairy tale, which fairy tale would that be?
7. If you can switch a antagonist and a protagonist of a book, who would they be?
8. Is there a movie adaptation of a book that you’re disappointed in?
9. Do you prefer soft copies (kindle, ebook) or hard copies (paperback, hardcover)?
10. A favorite book that nobody knows?
11.  Favorite and least favorite first line of a novel?

Thanks for reading, and until next time everyone!

8 thoughts on “The Liebster Award”

It's been days since the book reached my hands and it still feels like a dream. I grew up wanting to be a writer--wrote every day to get better at it (though the results were always mixed 😂).
"Sometimes one person’s hero is another person’s monster.” ✒💬
The book club is reading Tokyo Ueno Station #jr上野駅公園口 this month!
Happy April!