When it comes to books that have movie adaptations and movies with book adaptations, I often only end up reading/watching one and not bothering with the other. For Howl’s Moving Castle, though? I’ve watched the anime adaptation and I am so so happy that I read the book too.

The animation and the book are different from each other but when it comes to the magical atmosphere, strong characters and the ability to have you immediately enraptured, both have them in spades. I think the book’s a fantastic, additive page-turner. The writing is smooth and reads wonderfully. I also completely adore the fairy tale elements, social commentary, metaphors and symbolism woven into the story. The whole book is practically perfect and it’s exactly what I needed to get out of a reading slump!

Even so, I must admit that the ending felt a little rushed. The first three quarters of the book had a more leisurely pace compared to the final quarter in which everything comes to a head. Moreover, the (potential?) romance between Sophie and Howl was a little out of the blue, especially considering we’re reading the story in Sophie’s (third person, limited) point of view. Unless you counted their banter as flirting, the only two notable moments that can be termed ‘romantic’ would be when Sophie caught Howl’s interest during May Day, and at the end. Though, the romance does make sense when one thinks about it through Howl’s perspective and in a fairy tale sense.

All in all, I wished there was more to this book! I know there are two more books to the series, but they seem more like companion books than continuations. Nevertheless, I’m excited to read them and see how the world of Howl’s Moving Castle expands. 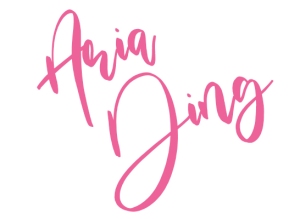 Happy Saturday, friends 🙌
It all started with Samuel Beckett's Endgame back in college because my drama teacher had us choosing one random playwright from her list and of course, I chose Beckett because absurdism sounded super interesting. So, that was one rabbit hole I fell in and I had to sit down and think and rethink things for quite some time after reading Endgame (watching it being performed was magnificent but also horrifyingly funny) 😂
Do you wait for an entire series to end first so you can binge, or do you read it as it updates?
Going for dreamier vibes with this one ✨ Also, BOOK REVIEW time! 👇