Aria @Book Nook Bits (we’ve the same name, I know! 😍) tagged me to do the I Should Have Read That Book tag the other day, and I am EXCITED!

Six of Crows! It’s been 5 years since it was published but I’m getting there, I swear! 😂

Ketterdam: a bustling hub of international trade where anything can be had for the right price—and no one knows that better than criminal prodigy Kaz Brekker. Kaz is offered a chance at a deadly heist that could make him rich beyond his wildest dreams. But he can’t pull it off alone. . . .

A convict with a thirst for revenge

A sharpshooter who can’t walk away from a wager

A runaway with a privileged past

A spy known as the Wraith

A Heartrender using her magic to survive the slums

A thief with a gift for unlikely escapes

Kaz’s crew is the only thing that might stand between the world and destruction—if they don’t kill each other first. 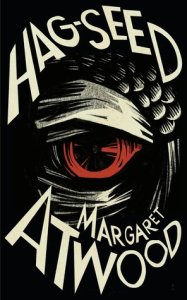 Not as old as Six of Crows, but Hag-Seed has been in my (psychical) TBR since forever too. I just challenged myself to not buy books and finish 50 titles in my TBR so hopefully, I’ll get to this one soon! 💪

When Felix is deposed as artistic director of the Makeshiweg Theatre Festival by his devious assistant and longtime enemy, his production of The Tempest is canceled and he is heartbroken. Reduced to a life of exile in rural southern Ontario—accompanied only by his fantasy daughter, Miranda, who died twelve years ago—Felix devises a plan for retribution.

Eventually he takes a job teaching Literacy Through Theatre to the prisoners at the nearby Burgess Correctional Institution, and is making a modest success of it when an auspicious star places his enemies within his reach. With the help of their own interpretations, digital effects, and the talents of a professional actress and choreographer, the Burgess Correctional Players prepare to video their Tempest. Not surprisingly, they view Caliban as the character with whom they have the most in common. However, Felix has another twist in mind, and his enemies are about to find themselves taking part in an interactive and illusion-ridden version of The Tempest that will change their lives forever. But how will Felix deal with his invisible Miranda’s decision to take a part in the play?

A Book in a Series You’ve Started, but Haven’t Gotten Round to Finishing Yet

I think I read like…only the first book, bought the next two and just…never read those two? It’s not that I didn’t enjoy reading it but it just…slipped my mind? 😅

An unusual murder brings together three strangers, John, Jack, and Charles, on a rainy night in London during the first World War. An eccentric little man called Bert tells them that they are now the caretakers of the Imaginarium Geographica — an atlas of all the lands that have ever existed in myth and legend, fable and fairy tale. These lands, Bert claims, can be traveled to in his ship the Indigo Dragon, one of only seven vessels that is able to cross the Frontier between worlds into the Archipelago of Dreams.

Pursued by strange and terrifying creatures, the companions flee London aboard the Dragonship. Traveling to the very realm of the imagination itself, they must learn to overcome their fears and trust in one another if they are to defeat the dark forces that threaten the destiny of two worlds.

A Classic You’ve Always Liked the Sound of, but Never Actually Read

This classic always catches my eye but somehow, I’ve never actually picked up the book and read it. Though, it has been one of the titles listed in one of my university modules before.

Lockwood, the new tenant of Thrushcross Grange, situated on the bleak Yorkshire moors, is forced to seek shelter one night at Wuthering Heights, the home of his landlord. There he discovers the history of the tempestuous events that took place years before; of the intense relationship between the gypsy foundling Heathcliff and Catherine Earnshaw; and how Catherine, forced to choose between passionate, tortured Heathcliff and gentle, well-bred Edgar Linton, surrendered to the expectations of her class. As Heathcliff’s bitterness and vengeance at his betrayal is visited upon the next generation, their innocent heirs must struggle to escape the legacy of the past.

A Popular Book that It Seems Everyone but You Has Read

There’s a lot of popular titles I don’t read, mostly because the hype gets my expectations too high up and I often end up disappointed when I get to it. Other times, I just wait for the hype to die down entirely and then, only consider picking up the book.

A Book that Inspired a Film/TV Adaptation that You Really Love, but You Just Haven’t Read it Yet 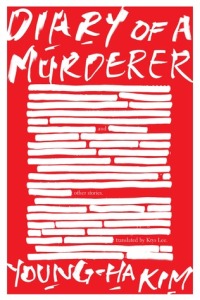 I watched Memoir of a Murderer in 2018, thinking that it was only a movie. A year after, I noticed this book with such a familiar title appear in local bookstores and it was then, that I realized that the movie was adapted from a 2013 novel that only got translated much later.

Diary of a Murderer captivates and provokes in equal measure, exploring what it means to be on the edge—between life and death, good and evil. In the titular novella, a former serial killer suffering from memory loss sets his sights on one final target: his daughter’s boyfriend, who he suspects is also a serial killer. In other stories we witness an affair between two childhood friends that questions the limits of loyalty and love; a family’s disintegration after a baby son is kidnapped and recovered years later; and a wild, erotic ride about pursuing creativity at the expense of everything else.

Well, there’s Sarah J Mass and Cassandra Clare, and also 1Q84 which I’m sorry, I love you Murakami, but the size of this trilogy in one book terrifies me 😂

A young woman named Aomame follows a taxi driver’s enigmatic suggestion and begins to notice puzzling discrepancies in the world around her. She has entered, she realizes, a parallel existence, which she calls 1Q84 —“Q is for ‘question mark.’ A world that bears a question.” Meanwhile, an aspiring writer named Tengo takes on a suspect ghostwriting project. He becomes so wrapped up with the work and its unusual author that, soon, his previously placid life begins to come unraveled.

As Aomame’s and Tengo’s narratives converge over the course of this single year, we learn of the profound and tangled connections that bind them ever closer: a beautiful, dyslexic teenage girl with a unique vision; a mysterious religious cult that instigated a shoot-out with the metropolitan police; a reclusive, wealthy dowager who runs a shelter for abused women; a hideously ugly private investigator; a mild-mannered yet ruthlessly efficient bodyguard; and a peculiarly insistent television-fee collector.

As always, thank you so much for reading! ❤

2 thoughts on “The ‘I Should Have Read That Book’ Tag”